What’s New with Parcel Shipping Carriers? More Than You Might Think.

It may only be October, but before you know it, holidays will be upon us. You’ll soon be seeing a lot more of all of your favorite parcel shipping carriers.

In light of that, we thought we’d share a few facts and figures about some of the exciting things each of these players has been up to since the last peak shopping season rolled around – with a little what’s-in-it-for-you commentary thrown in for good measure. Amware uses the services of all these carriers, in addition to the USPS, so we keep a pretty close eye on what they’re up to. 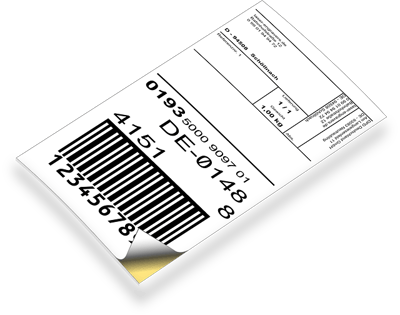 Number of SmartPost packages that Fed Ex previously handed off to the USPS for home delivery each day.

Previously is the operative word. By 2020, Fed Ex plans to deliver the vast majority of these packages itself in order to take advantage of greater parcel density and create greater economies of scale within its network. SmartPost customers may benefit from faster delivery times as a result of this shift.

Dollars DHL said it planned to invest in the U.S. domestic and cross-border eCommerce market when it announced its eCommerce comeback in the Americas.

DHL has clearly made good on its promise to make its mark on the U.S. parcel shipping landscape. As DHL continues to improve its U.S. value proposition while challenging UPS and Fed Ex, eCommerce shippers like you stand to gain in the form of increased selection and more competitive pricing.

The number of Michael’s, CVS and Advance Auto Part Stores that either offer or plan to offer UPS drop-off and pick-up services soon.

These three retailers recently joined UPS’s Access Point Network, which also offers consumers a more convenient, cost-effective – and in some cases, more secure – alternative to residential pick-ups and deliveries. According to UPS research, such options are becoming increasingly important because 20% of shoppers now prefer an alternative delivery location to home delivery.

Hours of “reliable real-world operations” Fed Ex said that its SameDay Bot already had when it announced it developed the autonomous delivery device in early 2019.

Although such devices aren’t ubiquitous yet, their successful application is proof positive that carriers are leaving no stone unturned in the effort to use advanced technology to keep cost-effective delivery feasible and sustainable. In related news, UPS announced that it spent several months testing self-driving tractor-trailers earlier this year and that it became an investor in autonomous driving company, TuSimple.

Dollar General is the latest company to join Fed Ex’s Retail Convenience Network, which offers consumers economical, accessible, and secure in-store delivery locations as an alternative to home delivery. The retailer’s participation in this growing network is expected to increase parcel shipping access and convenience for eCommerce consumers in rural communities.

Number of years DHL has been in business as of September 2019. Although DHL recently re-entered the U.S. eCommerce marketplace, its milestone birthday serves as a firm reminder that it is anything but a parcel handling newbie. With 1.3 billion packages delivered worldwide each year, it has a substantial amount of parcel handling experience to bring to the table.

Number of hubs that Fed Ex operated across the U.S. and Canada as of May 2019.

This includes two recently opened ground hubs in Pennsylvania and Connecticut intended to serve two of the U.S.’s busiest transportation corridors. Together with 600 operating facilities and numerous office and shipping locations, this network enabled Fed Ex to handle an average of 8.5 million U.S. and Canadian packages per day during fiscal year 2019.

Number of fulfillment centers in DHL eCommerce’s U.S. network as of late 2018.

This includes a recently opened automated DHL distribution center in Avenel, New Jersey. The 200,000-square-foot DC is capable of processing up to 40,000 shipments per hour with the help of new sorting and scanning technologies. Like most DHL fulfillment centers, it’s situated near many U.S. Postal Service entry points, a fact that should come as no surprise since DHL uses the USPS to handle the final mile for all of its deliveries.

Now tripled in size, the facility contains nearly 25 miles of conveyors and highly automated processing equipment that’s capable of processing 85,000 packages an hour. It’s one of several notable 2019 additions – including new operations in Houston, TX, New Castle, DE and Whitescreek, TN – the company made to its 1,000-plus facility network in the U.S. in order to improve its package speed and sortation capacity by another 350,000 pieces per hour.

Days a week that UPS and FedEx say they plan to offer parcel delivery services in 2020.

As eCommerce orders and customers’ desire for faster transit times continue to grow, seven-day-a-week delivery options aren’t just for peak season anymore. This is good news for E-retailers who want to offer fast, responsive delivery for every customer, regardless of when an order has been placed.

The number of postal days (Monday-Saturday) it takes a typical DHL eCommerce delivery to arrive when businesses use DHL Expedited Max, the company’s premium shipping option.

Like its competitors, DHL offers a variety of parcel shipping options to suit a range of timelines and budgets. The company is also making moves to offer same-day delivery in select urban markets via DHL Parcel Metro, which it introduced in March 2018.

We’ve saved the best for last. Thanks to many of the expansions and enhancements mentioned above, both companies feel that they are well-positioned to handle the demands of the busy holiday shopping season without having to charge customers extra for standard deliveries. Now that’s an early holiday gift we can all get behind!

Clearly there many good things happening at the major parcel carriers. For our fulfillment clients, Amware’s parcel shipping experts leverage the services of all these companies, matching the client’s need with the solution that meets required service level at the hbest price.