Need Warehouse Space in Atlanta?  The Advantages Add Up

When two of the country’s premiere site selection publications named Georgia as the #1 state for doing business for several years in a row, some people may have been a little surprised.  By contrast, all of us at Amware thought, “Yep.  Makes total sense to us.”

After all, the state is home to Atlanta, one of the country’s hottest eCommerce and logistics markets (as well as UPS’s global headquarters).   Plus, it’s always been a major transportation hub, particularly for the Southeast. 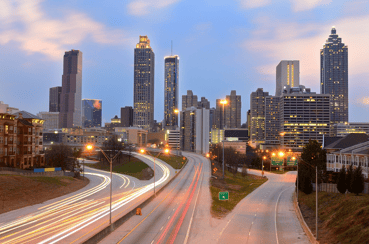 Want to know more?  Check out these impressive Atlanta-area statistics – and feel free to pass them along anytime one of your colleagues wants to know what’s so peachy about Georgia.   Better yet, keep them handy in case you’d like to weigh the merits of using warehouse space in Atlanta to get your products to market.

Qualified supply chain and fulfillment personnel currently working in Georgia. With so much warehouse space in Atlanta, it’s no surprise that the city is currently the nation’s fifth-largest logistics employer.

Number of packages that UPS’s Atlanta Superhub can process in a single hour. Opened in late 2018, the 1.2 million-square-foot facility is the parcel handling giant’s second-largest ground facility in the country.

Interstate and highway miles located within Georgia’s high-performing road network, which successfully carries more than $620 billion worth of cargo each year.

Number of logistics providers that operate in Atlanta and greater Georgia. These companies include Amware, which offers Atlanta warehousing space in four facilities.

Number of miles between the Port of Savannah and many Atlanta counties – a short and easy drive that makes Atlanta a logical distribution hub for products arriving at this busy port.

Percent of the continental U.S. population you can reach within two days via truck from warehouse space in Atlanta’s Gwinnett County.   Also, the percentage of the country that is accessible via a two-hour flight from Atlanta, a fact that makes it possible to offer same-day premium delivery for many customers from an Atlanta fulfillment center.

Approximate percent you’d save if you were to build a new 500,000-square-foot warehouse in Atlanta instead of Central New Jersey (the East Coast’s other go-to fulfillment venue).   The cost of an Atlanta warehouse is also about 25% less than it would be in other popular southern U.S. venues such Dallas/Ft. Worth. 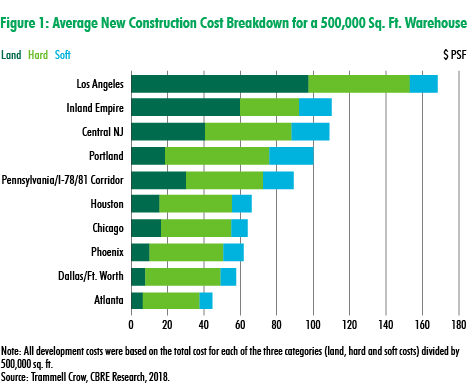 Number of SmartPost hubs that FedEx has established in Atlanta and other key markets across the country.

For more information, we encourage you to contact the Metro Atlanta Chamber of Commerce or the Georgia Department of Economic Development – or to view studies from Trammell Crow and CBRE Research.

Better yet, contact Amware Fulfillment to learn about our headquarters city. We’ve been a proud Atlanta business resident for many years and can share more local facts and figures.  Just as important, we can provide you with state-of-the-art warehouse space in Atlanta while also providing you with a wide range of services designed to improve fulfillment services and reduce parcel costs.