According to a recent Wall Street Journal story on parcel shipping rates, the big U.S. parcel carriers, especially UPS and FedEx, are firmly in the driver’s seat on pricing and, “have started hitting some large shippers with price increases in the double-digit percent range.”

But if you’re a large B2C shipper, you already knew that, didn’t you? In fact, you’re probably already feeling the financial pain of these rising parcel shipping rates.

The good news is, in spite of these policies, you still have strategies at your disposal to avoid, defer or offset these increases – as this candid conversation with Amware’s parcel shipping expert, Dan Galassi, points out.

By now we’re all used to major carriers raising their parcel shipping rates and/or changing their pricing policies at the end of each year, usually to the tune of 5 or so percent. But these recent price increases seem to be a whole new ball game. Tell us more about them.

Not surprisingly, the increases have been driven by the huge surge in online orders since the start of COVID-19. Carriers have been asked to handle peak-season-like shipping volumes over a sustained period of many months. Just as important, they’ve been tasked with making many more residential deliveries, which are more expensive to pull off. And they’re altering their rates accordingly. 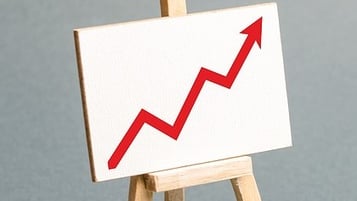 Are these new UPS and Fed Ex rates negotiable?

Not really – at least not right now. As the Wall Street Journal article put it, “With capacity at a premium . . . shippers have little room to play the carriers off each other to win discounts and other concessions.”

Fed Ex and UPS have all of the volume they need – and then some. And as a result, they can pretty well name their prices.

So large-volume shippers have no choice but to pay these new, considerably higher parcel rates?

For large-volume shippers that currently have long-term carrier agreements that include rate caps, carriers can’t charge these shippers their new, substantially higher prices until that agreement expires.

Similarly, if shippers use a fulfillment 3PL to send out packages and that 3PL has good rate caps in place, they can take advantage of that 3PL’s lower parcel shipping rates. 3PLs negotiate parcel rates on behalf of all their customers and may have such caps in place.

At the moment they haven’t been impacted – at least not at our operations – because they’re part of the second exception mentioned above. Our newly negotiated contracts with Fed Ex and UPS went into effect earlier this summer and will last for the next three years, so our customers can largely enjoy pre-COVID-19-like shipping rates until then.

Can new Amware customers enjoy this pricing protection, too?

Yes. As long as you’re shipping from an Amware fulfillment center, you’re free to leverage our carrier rates and agreements – whether you’ve been working with us for a decade or a day.

Amware has often said that rate negotiation is just the tip of the iceberg when it comes to how companies can contain parcel shipping costs. Is that statement truer or less true since these latest rate increases went into effect?

For one thing, carriers’ surcharges and accessorial fees can often be substantial, so paying a little extra attention to those areas could wind up being as beneficial to a company’s bottom line as a rate reduction. A good example of that would be the home delivery surcharge. It’s a high-priced area of most contracts that is ripe with cost-cutting potential – and considerable wiggle room for carriers – so if you can get a carrier to agree to knock 20% off that price, which isn’t unrealistic, it could represent a savings of 80 cents per package.

In addition, there are some numbers in carrier contracts – like each carrier’s published dim weight divisor – that aren’t as non-negotiable as they seem. An experienced parcel shipping negotiator might be able to get your company a much better number.

Plus, there are many tactics for reducing parcel shipping costs that have more to do with overall fulfillment strategy and practices than what rates carriers are charging.

Talk to us about some of those fulfillment practices.

There are many, but some of the most effective include:

Any parting words for cost-conscious shippers in the wake of these parcel shipping rate hikes?

We write about how to reduce parcel freight costs quite a bit, so it’s good to check out those articles. Shippers could also benefit from having an outside expert assess their current parcel program and suggest ways to drive down costs. Amware often does such assessments in the context of broader fulfillment projects, so feel free to contact Amware for a more detailed discussion. We love to help people save money and get better fulfillment results.

Filed Under: Parcel Shipping for eCommerce