Keeping  Direct Selling Companies Out Of The Fulfillment Hot Seat

If you’re a direct selling company, there are two easy ways to get in hot water this month.

The first is to forget your spouse, mother, or significant other on Valentine’s Day.   The second is to neglect or underestimate the fulfillment portion of your business, especially now that the busy convention season has begun.

I can’t do much to help you avoid the former (except perhaps to recommend that you order flowers well before the 14th).  However, I’ve got lots of actionable advice about the latter, including answers to several rather “direct” warehousing and delivery questions.

If you had to name one fulfillment-related factor that sets direct selling companies apart from other kinds of businesses what would it be? 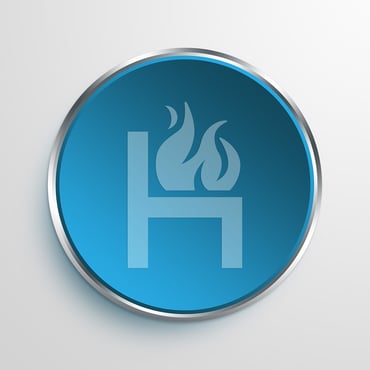 All businesses have their fair share of volatility; but there are times when it seems like direct selling companies wrote the book on it.  For example, it’s not unusual for BOGOs (buy one get one free), month-end promotions, or post-convention excitement to create massive surges in demand that are followed by equally dramatic dips in the other direction.  Add to that a new product launch having the potential to go viral really quickly, especially if consultants decide the product is so noteworthy it merits an extra social media push.

As a result, some fulfillment models – including those that feature variable space and staffing – are a better choice for supporting direct selling businesses than others.

We discuss this in greater detail in Amware’s EBook, “5 Keys To Direct Selling Success.”

Has the growth of e-commerce made it easier or harder for direct sellers to succeed?

On the one hand, e-commerce has made many consumers much more comfortable with the concept of buying at least some of their products from organizations that don’t have brick-and-mortar stores.  And since direct selling is 100 percent order-driven, that’s a great thing.

On the other, it’s also made people much more particular about the shipping speed and service they’re willing to accept – and much less tolerant of delivery mistakes or delays.  This is especially true now that so many of them are Amazon Prime members.

But direct sellers aren’t really competing against Amazon, right?  Which means it’s really not an issue . . . .

Even though their products are available only through their consultants or web sites, direct selling companies are putting their heads in the sand if they think that Amazon isn’t a factor.   Like it or not, Amazon is  setting the standard for what consumers consider to be “normal” delivery times for all products they purchase, not just those sold on Amazon.com.  As a result, direct sellers must ensure that their fulfillment proficiency keeps pace – unless they’re okay with the possibility of losing sales or reps to another direct seller.

What are some key ways direct sellers can improve their fulfillment speed without compromising service?

For one thing, they can consider adding warehouse operations.  The more in-house or 3PL locations they have, the easier it will be to forward-position products closer to reps and customers throughout the country.

For another, they can use analytical tools to streamline everything from receiving to order picking so that they can get orders into and out of their fulfillment centers more quickly.

They can also introduce a robust Warehouse Management System (WMS) if they don’t have one already – or look for 3PLs that offer full-featured versions of the same.

Party-based sales are a big part of many direct sellers’ business models.  How significantly does this increase fulfillment complexity?

Every customer shipment is important.  But the multi-order shipments to party planners or hosts, who then arrange for final delivery to their party guests, are doubly so – because if something goes wrong with even one order there will be two important audiences that are inconvenienced rather than one.  Just as important, there might be (ahem) “heck” to pay if they vent about it on their Facebook, Twitter, or Instagram accounts.

We’re huge advocates of systems that can create detailed packing slips for each individual order within a party shipment, because it ultimately makes life easier for everyone, especially the party host.

There’s plenty more to say about how direct selling companies can do a better job of leveraging their fulfillment operations, including supporting good product presentation across the board.  At the end of the day, customers of direct selling companies aren’t just buying a commodity from the lowest-cost supplier; they’re buying into a specific lifestyle choice or brand experience.  More often than not, that calls for far more than just throwing product into a generic box or envelope and calling it a day.

But that’s another subject for another time.