COVID-19 And Peak Shipping Season:  What to Expect

The latest online shopping news is in, and let’s just say it’s beginning to look a lot like Christmas.

According to Adobe Analytics’ latest Digital Economy Index Report, eCommerce shoppers purchased $82.5 billion worth of products in May, which is more than they bought online during the entire 2019 holiday shopping season. Meanwhile, a leading logistics analyst recently observed that UPS, Fed Ex, and the USPS are as busy right now as they usually are in December.

No one has to wonder where this massive boom has come from.

But we do need to question how COVID-19 and the peak-like conditions that it’s created will impact eCommerce going forward – and what that might mean for this year’s holiday shipping season. 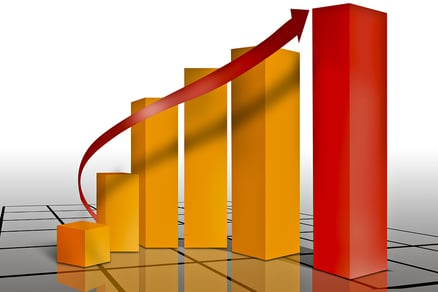 Let’s start with the good news (at least for eTailers). All signs suggest that eCommerce will remain strong during this year’s peak shipping season.

For one thing, there will be considerably fewer brick-and-mortar stores for customers to shop at, because 4,000 have already closed during 2020, and researchers predict that as many as 21,000 more may follow by the end of the year.

For another, surveys show that COVID-19 concerns may keep more of this year’s holiday shoppers at home – and safely making purchases from their phones or keyboards instead.

In addition, as we shared in a previous blog, the pandemic has altered the shopping behavior of some consumers who were previously intimidated by the prospect of shopping online – but who have now discovered just how convenient it is.

As a result, expect your company’s usually busy peak shipping season for online orders to be even busier. And make sure you’re mapping out your fulfillment strategy accordingly, ensuring that your fulfillment centers will have adequate space and staffing.

Ever since the pandemic began, fast and consistent delivery times have gone the way of the wind. Just ask the many Amazon Prime customers who are now waiting several days or more to receive their orders. Better yet, check the headlines from late March and early April, when UPS and Fed Ex both announced that they’d suspended their service guarantees.

The word on the street is that these changes will only be in place until the carriers can get their bearings and adjust to the new normal. However, don’t be surprised if rapid shipping reliability is still AWOL by the time peak shipping season 2020 rolls around. Furthermore, don’t wait until then to modify your parcel shipping strategy – including either rightsizing your customers’ delivery expectations, altering your shipping cut-off dates, adding some regional parcel carriers and alternative delivery methods, or all of the above.

Here’s another less than charming side effect of the COVID-19 eCommerce sales surge: In between February and March, the industry saw a 20% increase in damaged packages, as well as a 131% increase in stolen packages.

Considering this year’s holiday shipping levels promise to be even higher than what was being shipped during March, now’s the time to revisit your package materials to determine if they’re still up to snuff, because as the hectic holidays hit, package handlers are probably going to become less careful with your orders. You also might want to look into offering your customers more secure methods of package delivery, like BOPIS (buy online, pick up in store), by exploring partnerships with the UPS Store or other retail locations.

Build some extra expense into your prices or shipping budget

Peak shipping season surcharges are a fact of life for companies that ship with UPS and Fed Ex, which is why it really wasn’t a surprise recently to see both carriers introduce a 30-cent-per-package surcharge for many customers.

Either way, they have the potential to work a serious number on your company’s bottom line. So be prepared to either offset the extra costs with more streamlined processes (or some of Amware’s other parcel cost-cutting ideas) – or to pass some of those expenses to your customers after carefully weighing the pros and cons.

Finally, a quick word about Amazon. In many ways, it’s done a better job than most of adapting to the new COVID-19 normal – including temporarily modifying its supply chain to deliver more essential items, significantly staffing up at operations around the globe, and adding 150 new process updates to ensure the health of its teams around the world.

However, while many of these measures have been good for its employees and consumers, they’ve been tough on some of its sellers. Keep this in mind if most of the products that you sell aren’t staples, because the record now shows that if Amazon needs additional space or bandwidth to store and ship essentials, it won’t think twice about telling your company that it’s going to have to take a number. And that’s not necessarily a situation you want to find yourself in during the holidays.

Thankfully, it’s not too late to find additional fulfillment partners in preparation for peak season. But don’t delay your search for too long, because even agile 3PLs will require some lead time to get your company onboarded. Amware fulfillment experts are ready to talk when you are.