A few weeks ago, Amazon rocked some of its merchants’ worlds when it announced several changes to its Seller Fulfilled Prime program.

Shared via e-mail, the announcement inspired headlines like “Amazon to force merchants to develop nationwide footprint” and “Seller Fulfilled Prime in in Limbo” – and generated a lot of chatter among the eTailing giant’s many sellers.

But how big is this announcement really? Is it truly just a move to improve the Prime experience for Amazon’s customers? Or is there more to the story? Just as important, what’s the current takeaway for eTailers like you?

We recently sat down with Amware Fulfillment vice president Scott Guilmette to get the low-down.

Let’s start with the basics. What is Seller Fulfilled Prime? 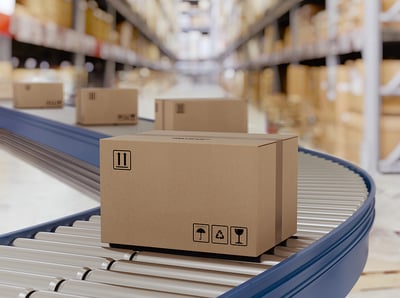 It’s a program that allows Amazon sellers to manage their own order fulfillment (either directly or through a fulfillment services partner) and still display the Prime badge with their product on the Amazon marketplace. They must first, however, demonstrate an ability to meet Prime’s two-day delivery requirement nationwide.

So, walk us through the basics of recent changes to the Seller Fulfilled Prime program

Ever since Seller Fulfilled Prime (SFP) was launched in 2015, Amazon has given SFP sellers the option of “regionalizing” their participation. As a result, companies that could only ensure two-day delivery service from some parts of the country but not others could still participate and benefit from using the Prime selling badge.

But effective February 1, 2021, that will no longer be the case.

If companies want to continue participating in SFP, they must be able to provide guaranteed two-day delivery service throughout the country (and one-day service for some). In addition, they must offer Saturday pick-ups and deliveries.

Their delivery performance will also be tracked more closely via a new performance dashboard that was just launched.

Is this a major change?

Absolutely. Among other things, these changes to the Seller Fulfilled Prime program mean that participating sellers can no longer cherry pick which customers or zip codes they wish to offer two-day Prime Delivery service to. It’s all nationwide (and six days a week) or nothing.

What prompted Amazon to make this move?

According to the e-mail from Amazon, it’s part of ongoing efforts to make Prime even faster and more reliable and to ensure that “customers get a consistent experience regardless of who fulfills their Prime order.”

But weren’t SFP sellers performing well already? After all, a major requirement of being a program participant has always been to meet the two-day delivery promise 99% of the time.

Apparently not. According to Amazon, only 16% of SFP orders actually met the delivery requirement – and it had a pretty good idea of why. Here’s an excerpt from the company’s email to sellers:

"We know that as a seller enrolled in SFP, you work hard to provide customers with a delightful shopping experience. Despite these good intentions, even before COVID-19, fewer than 16% of SFP orders in the US met the Prime two-day delivery promise that customers expect, in large part because many sellers do not operate on weekends.”

So that’s the reason for the new “operating on Saturday” requirement?

Yes, and as you can imagine, a lot of SFP sellers aren’t happy about it – especially the ones that were actually making the grade. According to the online Amazon seller forums, many of them wonder why Amazon didn’t just throw all of the non-performing sellers out of the SFP program (as it was entitled to do) instead of making this move.

It is, particularly when you consider that there’s been a waiting list to become an SFP seller since 2019. Successful SFP sellers are questioning why Amazon didn’t just re-open enrollment to some of the companies on that waiting list while weeding out the sellers who weren’t making the grade.

Is it possible that there’s a different motivation behind this announcement than just ensuring all SFP sellers can match FBA’s speed?

Many analysts and journalists seem to think so.

The Business Insider speculated that these Seller Fulfilled Prime program changes could drive more sellers back into Fulfillment By Amazon (FBA). And the Detroit News put it even more bluntly than that, saying “Amazon plans to make it harder for merchants to ship products themselves.”

Legal expert Shaoul Sussman said that, “It looks like the decision is to kill [SFP].”

Freightwaves called the announcement a “vise” for sellers who weren’t using FBA, sharing many critics’ view that Amazon has “in the past couple of years deliberately ratcheted up delivery standards on SFP merchants to make it impossible . . . for them to stay in the program.”

Moreover, Marketplacepulse.com said that, “the new requirements mean only the biggest sellers with warehouses operating on weekends will be able to meet them.”

What do SFP sellers think about changes to the SFP program?

They agree with that analysis and think that the new policies will make it difficult for all but the largest sellers to continue using SFP. Here are some typical comments seen on the Amazon Sellers Forum:

They also think much of the language in the initial announcement is more confusing than usual, which will make it even more difficult to be compliant.

It seems like many sellers believe Amazon wants to push more sellers back into FBA. Is that such a bad thing?

Amazon FBA is a huge and highly efficient fulfillment operation, but it comes with some downsides, which we cover in our eBook Is Fulfillment By Amazon Right for Your Business? These include:

Many sellers want more control over the fulfillment process. They love Amazon as a high-volume sales channel, but not necessarily as a fulfillment partner.

Good question. The SFP program was developed to release pressure from Amazon’s maxed out warehouses. While it’s true that Amazon continues to expand its warehousing footprint, it’s not like they have a ton of idle capacity.

Considering that Amazon must not have enforced its 99% two-day shipping requirement for SFP sellers in the past (let’s not forget that 16% on-time rate), is it likely that SFP sellers will get a bye during this new iteration of the program, too?

That’s highly unlikely given the new performance dashboard that was just unveiled – and the fact that Amazon is giving merchants until February 2021 to prepare. It’s safer to assume that, even though Amazon wasn’t cracking down on SFP service lapses before, it’s prepared to do so now. And it has the real-time tools to make sure that happens.

For current or would-be Seller Fulfilled Prime participants, what are the options?

For low-volume sellers, it may not make sense to create a national network. But for online sellers with 10,000 orders a month or more, a partnership with a national fulfillment company could make sense.

Is there time to develop a national fulfillment capability prior to Amazon’s deadline?

Companies choosing to in-source may struggle to find, lease, upfit and staff new facilities in time. But an outsourced solution is doable since the physical and systems infrastructure already exists. Sellers may not want to disrupt their current model during peak season, but they would want to begin planning now for a go-live in early 2021.

To better understand changes to Amazon’s Seller Fulfilled Prime program and to discuss your options in more detail, contact an Amware fulfillment specialist.

Filed Under: Alternatives to Amazon FBA