This week Amware would like to highlight the Community Service work of the General Manager of our New Jersey Fulfillment Center, Joseph Colon. Joseph has been a member of the Scotch Plains Rescue squad for 6 years. Currently, Joseph is the Deputy Chief in charge of logistics, transportation, special operations and fire rehab. “The Scotch Plains Rescue Squad is entering its 77th year of all volunteer emergency medical services to the community of Scotch Plains and the surrounding communities. The Rescue Squads’ ninety plus dedicated volunteers have over 782 combined years of service to the community. Volunteers respond to emergency calls on a twenty-four hour basis. Records indicate that the squad answered over 78,000 emergency calls in over seventy-five years of service. The Scotch Plains Rescue Squad often serves other communities for mutual aid response.”

In addition to his work with the Scotch Plains Rescue Squad, Joseph was also a contractor at the Office of Emergency Management in NYC before joining Amware and remains on their Critical Support Staff as a volunteer in charge of assisting the City OEM commissioner on Disaster Logistics in case of a major natural disaster that will activate the NYC shelter system.

Amware is very proud of Joseph and his dedication to the community in NJ and the surrounding areas. At Amware we feel strongly not only about efficient supply chain and fulfillment solutions, but about our local communities as well. Follow us on our various Social Media channels to stay up to date on our community service initiatives: 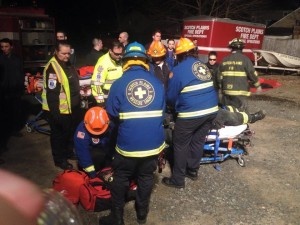 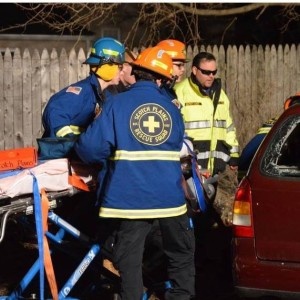